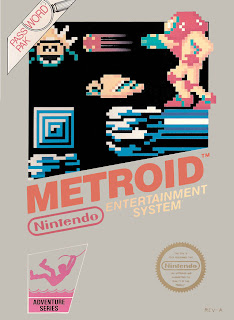 Atmospheric. Claustrophobic. Non-linear. Exploration. These words were simply not associated with games in 1986. Today is a day I've been waiting for since the quest began. The very definition of a game thinking outside the box as well as molding a genre still popular to this day. This is a masterpiece. This is Metroid. 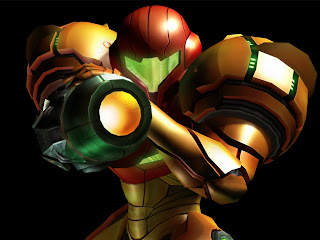 Heavily inspired by the 1979 sci-fi hit, Alien, as well as H.R. Giger's surreal art, Metroid was by far the most ambitious project by Nintendo at its inception. A large team for the time including director Gunpei Yokoi and producer Yoshio Sakamoto set out to create a magnum opus that could hang with Miyamoto's Super Mario Bros as the must have cart for the new system's library. The majority of the platformer games available at the time moved either right to left, left to right, or traversed a single screen. Nintendo R & D1 said fuck all that noise and set out to create a dark, thought provoking, and at times, downright scary complete planet that would require equal parts brain power and expedition to keep one playing for hours. It wasn't just the playing that made the entire thing blow the minds of consumers at the time but the newfound sense of discovery the game offered. In order to make it through a section of the map that seemed unaccessible previously, the player needed to find the correct weapon or items that would let them pass, a type of strategy unheard of for the period. These innovations defined the adventure genre and many of the gameplay mechanics are used today, over a quarter of a century later. Most powerups at the time weren't permanent fixtures required to advance and if there were, they weren't anywhere as badass as the Morph Ball or Screw Attack. An internal clock also keeps track of how long it takes you to make it all the way through Planet Zebes, rewarding the player with mutliple endings, making this one of the earliest games to gain popularity in the speedrun community. The list of amazing game changers that Metroid offered was simply off the charts to anything else that was out there at the time. 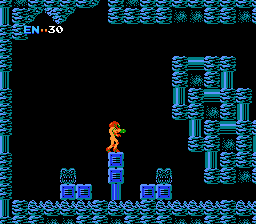 If you can't take enclosed spaces, steer clear of this one.

As for the game itself, Space Pirates have attacked a research facility on the planet Zebes. Their diabolic scheme is to expose the Metroids, giant jellyfish with energy tampons for fangs, to beta rays giving the Pirates the ability to control them as weapons. How the goatfuck this would occur on a scientific level stays unexplained but as kids, we ate this shit up without much question. The Galactic Federation sends their own personal Boba Fett by the name of Samus Aran to rectify the situation. Samus has a design that words do no justice to, look at the above picture and see if it isn't one of the most rightesous, badass suits of armor ever. Ever. The sense of discovery starts to pay off immediately as Samus begins with only an eight-way pea shooter and no add-ons and right away you can't do diddly shit until finding the Morph Ball. All of a sudden, it's apparent this isn't going to be like your grandmomma's NES games. Also if one goes into Metroid thinking of eventually making it outside into a Mushroom Kingdom-like happy place, one will be highly disappointed as this game is as dark as it gets, exactly what the team of programmers was going for. The sound is a step beyond the usual fare and the variety of effects was worked on and tweaked to perfection. The Bomb is loud and not just a blip, bouncing when in a Morph Ball sounds like a bounce somehow without being overly cartoony, and the Screww Attack sounds as close to an 8-bit tornado of death is going to. Controls were paid alot of attention to and are tight as can be so no bitch and moan there either. Graphically, this was the pinnacle of the time and truly felt like an immersive world other than a "stage" or "level". All in all, R&D1 really knocked it out of the park and were firing on every cylinder for this title and it showed. 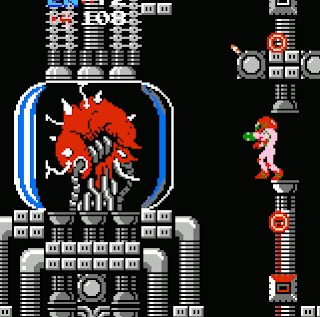 The iconic Mother Brain, who just sits there and lets you shoot the shit out of her.

THE FINAL VERDICT
10/10 The second game to get the full monty but, really, if Donkey Kong Jr and Popeye hit for a 9 a piece, what other dimension would I have to be living in not to truly appreciate the scope of what Metroid brought to the early days of the NES? EVERYTHING Metroid did was different from the female protagonist being tough as nails, the bleak, desperate feeling of Zebes, all the way down to simple things that mean so much in the end like the Morph Ball? When it comes to perfect games for the NES, Super Mario Bros claims the light, happy side of things, while Metroid has a comfortable stranglehold on the dark, bump in the night, scare the piss out of you side. 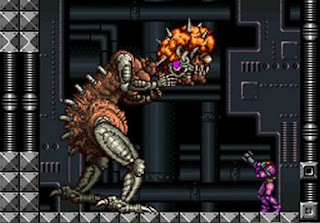 No reason to even delve into what happened to Samus in the long run like I normally would. Once of the most recognizable Nintendo mascots to this day and even underwent a game genre change into first person shooter with the Prime series, Samus Aran will always remain a staple in the things to come for the Big N. My only question is who the hell is JUSTIN BAILEY, the name that can be entered as a password in the original version? Anyone know? 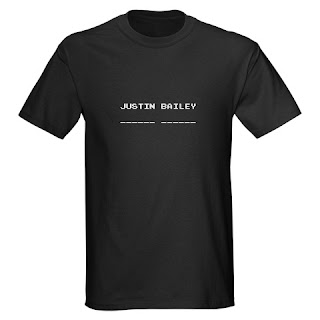