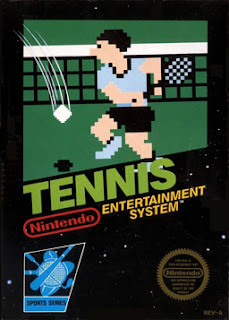 
Back to our regularly scheduled program after that side-quest into the deepest bowels of hell. Why not leap head first directly into a title based on a sport I know next to nothing about? Let's check out one of the launch day Sports Series titles, Tennis. 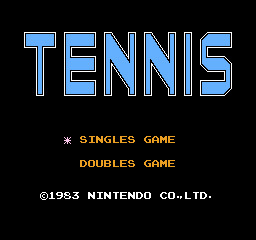 
Tennis is a game with deep roots dating back to the 1860's by two British chaps who thought crocquet was boring as hell and required something new. In the same manner of how rounders evolved into the sport we know as baseball, "Sticky" took off and now is one of the most popular sports played anywhere in the world. It involves an unmistakable athleticism and an inhuman cardio that only a great work ethic can provide,  giving its fans countless breathtaking moments and memorable matches over the years. In 1988, it became a permanent fixture in the Summer Olympics and enjoys one of the event's largest crowds on the days it is showcased. Normally, there is a history lesson here detailing the origins of the video game proper, but this title seemed to be worked on by ghosts who broke into Nintendo's offices as I can't seem to dig up a single piece of production notes on it. 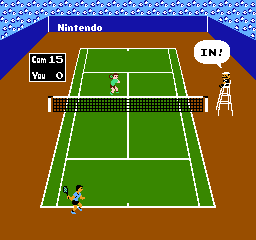 Honestly, after Pinball, I'm suprised the box art wasn't Mario sitting his ass in a chair to try to boost sales.


How it work out as a video game? While this game had promise and the rules are simple to learn, the execution itself left tons to be desired. There are only two modes present, singles and doubles, which is just fancy talk for one or two players, so if you were looking to feed a curiosity pertaining to how early NES sports AI worked, the wait sadly continues. 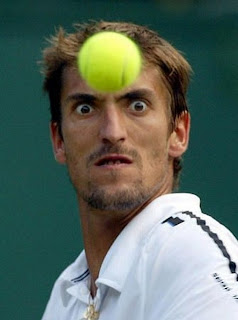 Whoa. Level 5 is NOT fucking around.


Five levels of difficulty are present ranging from "I'm unfair" to "You'll never score one fucking point against me". 3 sets are played to 6 points each and fair warning, if you do commit to the start button, don't make any plans. The games can run excruciatingly long and with no background noise other than hitting the ball and guest referee Mario making a ruling from his perch, they can seem even more time consuming than they really are. A variety of court would've been nice as well as this game doesn't nearly display the level of differing physics that Excitebike did. Alas, you're stuck with one lonely grass court the entire time. 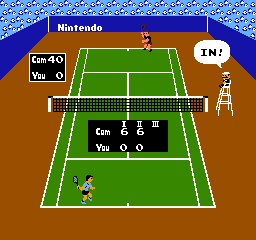 I'm thinking Tennis may not be my game eh?


No tournament mode is kind of a bummer too as it wouldn't have been out of the question at all to throw one in, beginning a new game with the difficulty spiking up one after each victory. Of course, that would've just meant you would have to power through four already nearly impossible rounds to make it to match 5 and watch your 6-0, 6-0 game cause you to rethink ever playing the cart again. It might not be that tough if it wasn't for the controls, which are tricky as all hell to master. The computer rarely makes mistakes but your player can somehow miss a ball that is half an inch away. The speed at which he moves is off the charts and you would think that would make matters easier but trying to hit anything while moving is pointless. If you do manage to return a volley, chances are great that it will go out of bounds, a nuisance that there is apparently no control over. The most important part of Tennis is strategically placing where you want your return volley to land, so why would I want mine to go out of bounds half the time? Another tiny detail that could've been easily worked is that there is no variety on your gender. I don't believe this is a small concession considering the best of the best to play the sport are without a doubt female and could've possibly doubled the fanbase of the cart at the time. 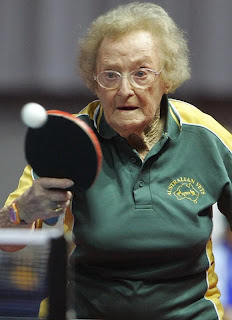 
THE FINAL VERDICT
4/10 While never being a fan of the sport, I can say that with the right programming to the right game, I can certainly understand how a successful translation into the video game medium could be fun as all hell. Unfortunately, wonky controls, an unforgiving difficulty, and lackluster sound and graphics land Tennis squarely towards the bottom of the Black Box titles.
Posted by Unknown at 4:22 PM