SIDE-QUEST - The Misadventures of Flink 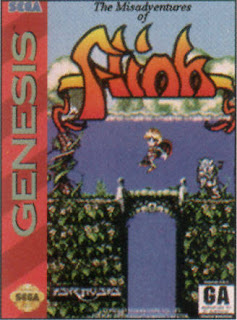 Welcome to Bizarro Land ladies and germs! Today we take a giant outside the normal love-in for The Big N and go as far in the other direction as we possibly could go. That's right, I feel like as awkward as a Vogue model inside of a Golden Corral buffet but the challenge was presented to review a Genesis game and I never pass up a challenge. Time to roll up the proverbial sleeves and get cracking with a quirky little gem, The Misadventures of Flink. 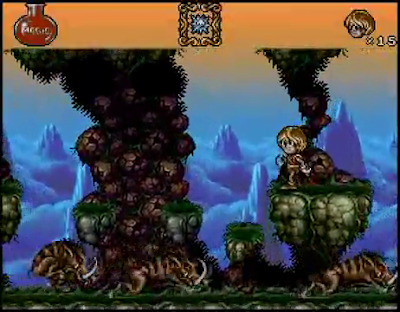 Released in 1994 by Psygnosis(currently SCE Studio Liverpool), Flink was brought to us by the same team that developed the cult hit platformers Wiz 'n' Liz and Lionheart and the influence shows. While the Sega CD version was released worldwide, we in the States never got the Genesis port. It certainly isn't the easiest game to find and a used copy can command up to $60 on Ebay. That being said, let's gather around by the fireplace and go over why my never having played this game is a damned shame shall we? 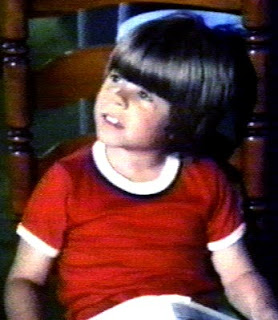 After a rather annoying and unskippable intro, the game introduces you to the vibrant world of Imagica, where that Canadian-American Wainwright dude that sings horrible shit like "Going To A Town" and "I Don't Know What It Is" apparently kidnapped four esteemed wizards and trapped them inside crystals strewn across the land. One could sit and ponder how four Gandalf-level badasses were tricked by one skinny singer who left his manhood behind a long time ago into a trap but it won't change the game's storyline whatsoever, so don't waste time. The evil mofo of Imagica is actually named Wicked Wainwright and by capturing the Yodas of the world, broke a seal where evil demons were kept, thus insuring he would have an easier time ruling the land. What he didn't count on was an unassuming apprentice named Flink stepping up and growing a set of truck-sized balls to save the day. Normally, I'd dog the protagonist if he had a bowl cut and looked like the kid from the old television show Eight Is Enough, but the fact that he is a young understudy who has spent most of his life exclusively pouring through magic books and not seeing much of the world, Flink has a bit of a wide-eyed charm to him. The premise is simple enough, release your masters from the crystals and the door to Wainwright's lair opens for a final showdown with evil. 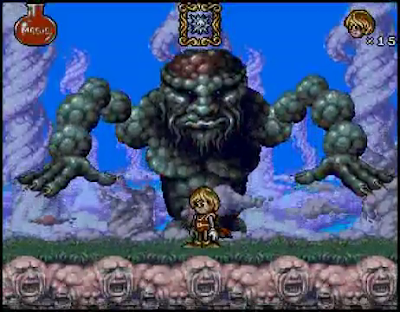 How can I not adore a game where I have to hop onto a dude's exposed brain to beat him?

Now for the meat of the taco, the game itself. It starts as a run of the mill platformer, using the tried and true method of hopping off of the heads of the bad guys to dispose of them. Right off the bat, the presentation of Flink blew me away. The enemy sprites are fantastically large sprites complete with facial expressions and character. The levels themselves I also found spectacular for the time, which leads me to believe Psygnosis was a very graphic driven company. They could've simply thrown grass at the bottom of the forest stage but it comes complete with twigs, leaves, and the feeling of being surrounded by the ambience that comprises a forest. The backdrops as well were not skimped on as you'll find something different everytime you pause to take in the world of Imagica. At one point, I even found a tree in the background with a face, which deserves a gold star in itself. Stages are also tremendously designed as well, from a mine cart section straight out of Indiana Jones to a metaphysical sort of stretch that has to be played to be believed. The music can be repetetive at points but seeing as it is a port of a CD based title I can't give it too much shit with a clear conscience. After a bit, you find that there are quite a few ways to destroy everything in your path as Flink can pick up rocks, treasure chests, and even other enemies and fuck shit up on a fairly large scale with enough practice. No hit point meter or life bar is present so if you get hit, it is akin to Sonic in that your magic will fly out of you to be picked up all over again. Get touched with no magic in your meter and that's a life gone. 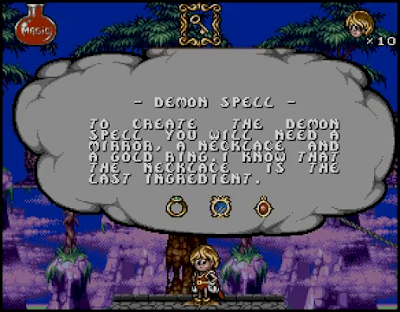 Unless you have the memory of an elephant, have yourself some pen and paper handy.

Magic you say? OH, DO I HAVE SOME KICKASS NEWS FOR YOU! For 1994, the use of magic in this game was nothing short of amazing. Don't expect Eye Of The Beholder level shit but for a platformer, it is unbelievable. Thirteen different ingredients are scattered across the land and it is up to Flink to figure out what combinations perform which action. Hint scrolls do a great job of pacing the learning period as you go about your travels so luckily you won't be using hours of trial and error like the alchemy pot in Dragon Quest VIII. A total of ten spells can be created with the results varying from offensive lightning bolts, shrinking, and creating a platform to cross gaps you may spend a few lives trying to jump before figuring out the shit wasn't happening. This was my favorite part of the game bar none as Flink is supposed to be an apprentice and having to learn as you go and really work at figuring out what spells to use in what situation certainly translates a feeling of a kid who may be in over his head magic-wise but by the end of it all, an Omega-level kickass wizard. Another intresting twist is the ability to go back to previous levels with spells you didn't have before and reach critical items that were impossible to obtain before. The only true gripes I have are the learning curve when it comes to jumping on the enemies and the fact that the game is longer than a horse cock with no saves or passwords. What I mean by the jumping mechanics is that when you land a hit on top on an enemy, you'll bounce off him in a manner that if not careful, will send you screaming off a cliff or into an endless chasm, so it takes quite awhile to get the hang of it all and even near the end, I had issues with having the world in the palm of my hand only to bounce like a jackass right into a lava pit. 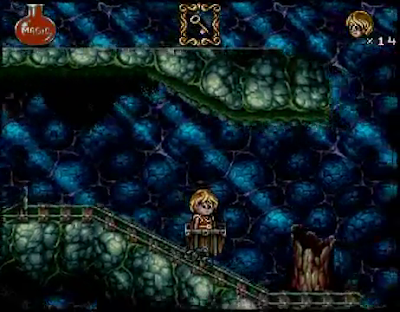 The "oh shit" look on his face when he first hops in the mine cart was a legit spit-take.

THE FINAL VERDICT
9/10 I was skeptical when given this assignment as any Nintendo based reviewer would be because if I rate it too low, I'm just being a "fanboy" and if I rate it too high, I'm a traitor to The Big N. Plain and simple, I'm a gamer who can appreciate every color of the rainbow and thought Flink was a magnificent title deserving of alot more praise and recognition than it got. Innovative magic system, some of the best graphics of any 16-bit game and a mix of replayability and challenge that kept me coming back for more that a puppy that keeps being kicked away. Flink is the very definition of a hidden gem.