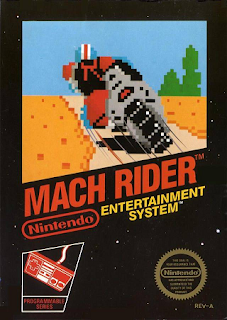 
Intros be damned! Today is a special day because I only have four words for you. The same four words that have become a personal battle cry anytime I spot a douchebag recklessly swerving between traffic on his little pathetic Honda. YOU. ARE. MACH. RIDER. 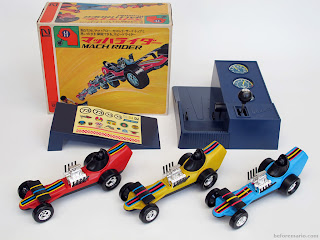 Badass in name only. YOU. ARE. MACH. RIDER. Sort of.


Mach Rider, as is the case with a few of the launch day NES titles, has curious beginnings. The name and concept debuted as a Japanese exclusive toy way back in 1972. Children were given the choice of a red, yellow, or blue car that was propelled at high speeds from a launcher that came with it. One of the rare instances where Nintendo didn't create an intellectual property first, it was licensed from Hasbro and Nintendo distributed it. The toy itself was a bomb so around the time the powers that be at "The Big N" were looking for new titles to draw people into their debuting system, the Mach Rider license was bought on the cheap and re-packaged into the game we know. 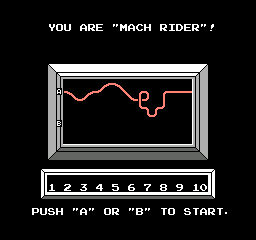 Seriously, if you're weaving between cars on some of the busiest freeways in the country and I catch you, this gets yelled in your direction full blast. For reasons unknown, I can't help it.


In an uncharacteristically dark story for 1985 Nintendo, the setting is a post apocalyptic Earth in the year 2112 after an alien invasion of the evil Quadrunners. Whether the programmers were Rush fans or randomly picked that year is a mystery that may never be solved. Mad Max's pixelated brother in spirit, Mach Rider, is the protagonist who rides like the fury of vengeance on the aptly named Mach Bike to different parts of the Earth. His main goal to begin with is simply finding a new spot to call home but along the way finds other humans that need assisstance being liberated from the alien's tyranny. 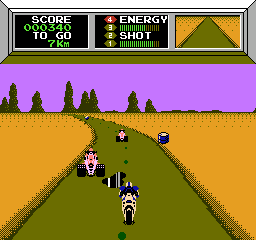 
As with most early NES games, there are a few different modes of play. The main story mode is the Fighting Course, where you are presented with the troubles of the sector you are in and given the choice between two tracks to race on, giving it a feeling of variety which is pretty neat. "You are Mach Rider!" crawls across the screen before each mission and gets you amped for the upcoming hellride. The game itself has more advanced controls than most in this era of the NES as you can upshift or (if you are feeling suicidal) downshift all while firing a finite number shots at the Quadrunners who try to not only run you off the road but post-invasion, decided to litter the road with as much shit as they could find.. The feeling of speed is well executed here for the paltry 5 frames per second and there weren't many mistakes on turns that I couldn't recall the next time I tried and could correct my previous errors. The sound is great as a frantic tune accompanies the journey and the bike gives you a different sound when an upshift is needed as opposed to many games where you have to look at your dashboard while a pebble in the road somehow atomizes your entire vehicle. It really gets my goat when racing games do that. 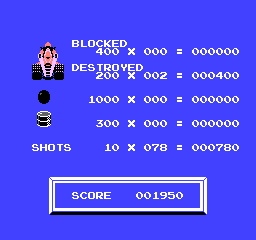 Nintendo sure had a thing with all their games having weird score systems that noone took very seriously in the early days.


The difficulty of the bike's controls and the Quadrunners themselves are decent, but the relentless amount of crap in the road can make things quite unforgiving at times. More often than not a little puddle of water will send you directly into a barrel on the shoulder which can't be avoided or shot. When an obstacle is plowed into, you oddly break completely apart and pull yourself together not unlike a blocky T-1000. After a few hits, the game ends and it's time to try, try again. My major complaint with this mode is that Mach Rider's story is never resolved. If you beat the 10th sector (after a load of practice), you are transported back to the first sector to start it all over again. It would've been nice to know if the poor guy ever found a crash pad to live out his life. 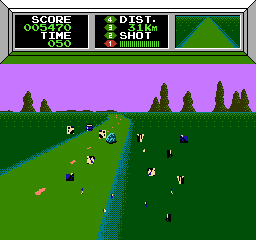 
The second and third modes are almost exactly alike. Almost. Given a set number of kilometers to make it to in a predetermined amount of time, the second mode, Endurance is basically Fighting Mode without the storyline and an infinite amount exploding/reassembling, only costing precious time required to advance. This mode was used personally as a way to practice for Fighting Mode, as it gives you a great feel for the courses and how to avoid certain ways to go kaboom. Solo Course is the same as Endurance except everything on the course has been removed, so once again, if practice is needed, this is the place to go if you're struggling with some of the high speed turns. As with Excitebike and Wrecking Crew, the unusable Design Mode rears it's ugly head. Recently, I've gotten messages about the Virtual Console versions of the Programmable Series now being able to save/load so that's awesome. However, for the sake of the original carts being the ones I'm reviewing, it's a disappointment we couldn't do it over for 25 years. 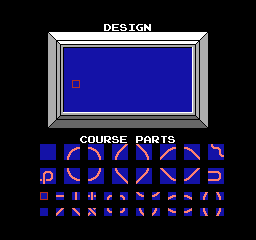 Only 4 buttons to press and still couldn't make heads or tails of how to design a course. Guess that's why I'm just a lowly reviewer.


THE FINAL VERDICT
7/10 A really fun romp to kill a few hours with, the mastering of the controls can take a little while and even then there will be death, death, and more deaths. The premise is very Road Rash-ish and as great as I think this title could've been, there are a few control issues, like the puddles, and being read-ended to oblivion can make it seem more cheap than fun at some points. It does have the distinction of feeling very different than others of its era as a futuristic story featuring machine gun shooting biker vigilantes wasn't standard Nintendo material at the time and is worth checking out for that alone. YOU. ARE. MACH. RIDER! 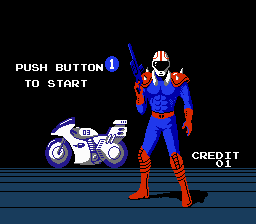 In the future, one man is bold enough to sport a Mario/Spider-Man hybrid color scheme, Road Warrior shoulder pads, and the fabled Excitebiker's helmet. HE. IS. MACH. RIDER!!!


Sadly, the story of Mach Rider was never resolved even in the "Vs" arcade version released the following year. In interviews, it has been brought up more than once that the F-Zero is the spirtual sequel of Mach Rider and Captain Falcon has a few of the same traits our mysterious wasteland wanderer possessed. Still, one can only wonder what became of him. Did he find peace in a new home that we never saw? Did the looping sectors mean he was only destined to ride and avenge until his eventual end via exploding barrell? Seeing as we all say we love a mystery yet deep down don't, I elect a revival of the Mach Rider franchise! 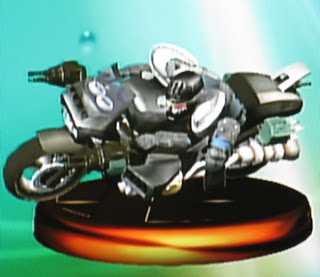 While his SSBM trophy looks awesome and all, my heart lies with the red & blue badass.


Special thanks to the AMAZING beforemario blog for the awesome toy picture!
http://blog.beforemario.com
P.S. If you want permission granted for others to use a pic, throw up some contact info!
Posted by Unknown at 10:26 AM