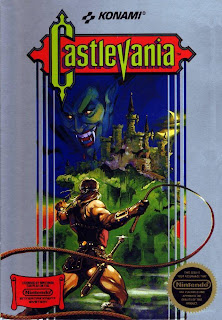 Leading up to May of 1987, the Nintendo Entertainment System had experienced a rash of games that were either grey squares of fecal matter (Trojan, Volleyball, Ikari Warriors) or average at best offerings (Gauntlet, Bomberman, Mighty Bomb Jack). Poor Mr. NES needed a title that could help establish its own identity as more than a piece of sturdy hardware that could port a decent arcade game. Konami understood this as well as wished to cement themselves eternally in the good graces of The Big N. The end product was an 8-bit platforming masterpiece that easily stands the test of time and spits in the face of dozens of other games that only wish they could pull off this level of gothic gaming beauty that Konami accomplished. Have a seat under the NESquester learning tree and stay awhile kids, this is Castlevania. 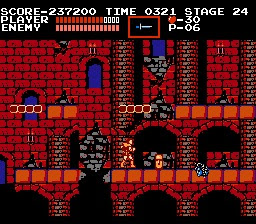 During the Second Quest, the bane of my existence throughout Gradius, the Moai Head, shows his face as an easter egg! Check out the Gradius review for the Konami backstory.

The story behind Castlevania is a much, much darker motherfucker than I had ever envisioned. Nintendo of America, in their neverending quest to censor anything they thought could cause children around the world to piss the bed en masse, removed pretty much the entire story and gave us Americans a vanilla "get to Dracula  using your magic whip and save the day" spiel in the manual. Even with their well-known penchant for censorship, crosses and skeletons are scattered all over the place as well as epic shit like The Count's head flying towards deep space when his first form is defeated. 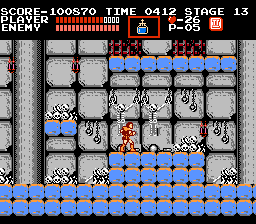 So it goes that the year 1691 marked the one hundred year anniversary of the defeat of Dracula at the hands of one Christopher Belmont. The local township of Transylvania rests easy at night knowing that our fabled fanged badass is no more. However, every one hundred years there is a brief window in time where the power of Christ is weakened within the lands causing men's hearts to begin to turn towards the ways of the Sith. Wow, that would've gone over like a fart in church back in '87. Anyhoodles, the perfect storm came to a head during the annual Easter celebration when a group of the these blackened souls slipped off and broke into the local monastery with their sights set on resurrecting Vlad The Rad by way of black mass. A bolt of lightning shot down from the sky to signal the return of the Prince of Darkness and before the bewildered Transylvanians knew what was happening, Dracula's castle appeared out of thin air and the smell of thousands of people shitting themselves simultaneously in fear permeated the land. 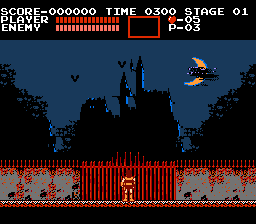 "Who ordered the whoop-ass fajitas?"

In urgent need of a hero to eradicate this stench from the land, Christopher's ancestor, a strapping young lad named Simon Belmont was given the very whip that tanned Dracy's fanny a century past, the aptly named Vampire Killer. Vampire Killer also happens to be the title of another game in the series for the MSX2 that will be covered with Simon's Quest in the very near future. Realizing that his destiny awaited him, Simon threw on his best leather armor and boots and was apparently too manly for pants and off to fuck up some satanic blood suckers he went! 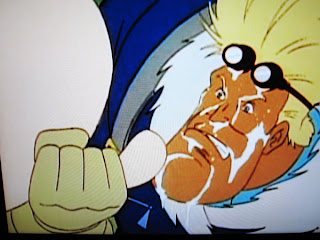 "And you PROMISE if I do this, I can play Simon Belmont in that up coming Captain N show? SWEAR TO ME!"

I would never forgive myself if I didn't mention the team who slaved to bring us this measuring stick of early NES platformers. Firstly, Akihito Nagata had the task of level designer and what a sadistic fuck this guy must've been! These are some of the most vicious levels gaming has ever seen. Mr. Nagata also went on to produce Metal Gear Solid for Konami as well as VR Missions. Currently, he has delved into television with a critically lauded anime overseas titled "Best Student Concil". 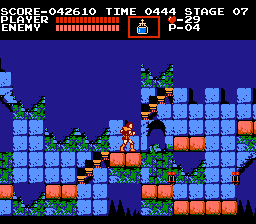 If Mr.Nagata accepts my Facebook friend request, my one question to him would be where the hell these stairs were supposed to lead to.

Secondly, Kinuyo Yamashita in her debut as a video game composer should be credited endlessly as a pioneering female in the industry. To this day, the music she created for Castlevania is remixed and there aren't many more 8-bit scores that are as beloved in the Nintendo's library. Sadly, she was credited as James Banana, a riff of James Bernard, the composer behind the classic 1958 Christopher Lee version of Dracula. Upon completion of her magnum opus, Ms.Yamashita left Konami to work independently creating the music for such games as Power Blade I and II, Parodius, and Megaman X3. If you are brand new to Castlevania (after having just left your underground bunker located in Amish country), then you owe it to yourself to listen to this OST. A timeless classic in every aspect. No bullshit, it's that good. 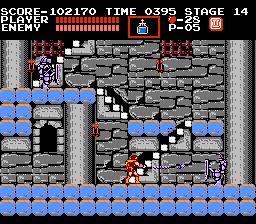 Crack that whip! Give the past a slip!

Now for the chili on the dog, the actual game itself. Six stages of gothic and horror themed mayhem are the showcase of this landmark pixelated dream. The designs put forth by Mr. Nagata are brilliant in that the stages are wildly different and contain some of the most atmospheric backdrops the NES had seen or ever would see again until the third installment. From the opening scene of Simon entering the castle to the decrepit look of the walls and curtains to the claustrophobic caverns underground, the variation of color schemes from vibrant yet creepy to dark and dismal are awe-inspiring to behold. For its time, the graphics present in Castlevania were nothing short of amazing. The controls are tighter than a gnat's asshole as Simon does exactly what you will him to do. A jumps, B whips, and pressing up with B shoots whatever sub-weapon you are holding. Crack the Vampire Killer at every candle in Simon's way to collect hearts which dictate how many times your secondary offensive weapon can be used. Beauty in simplicity folks. Strategy comes into play with the sub-weapon as unlike the mandatory dagger grab in Ghosts N' Goblins, the dagger here sucks more shit than a colonic after a drunken Taco Cabana escapade. 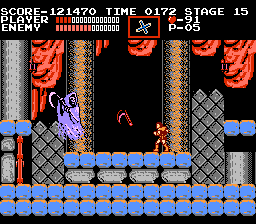 Even Death takes a back seat to the Dark Prince. THAT is hardcore.

At the end of each stage are the most memorable set of bosses the planet Earth had ever seen. I recall the playground conversations of ten year old innocence crystal clear proclaiming that any game with Frankenstein and Dracula in it to be the best ever made. An homage to the Universal/Hammer movies of the 50's, the only famous monsters from that era I can see missing are The Wolfman and King Kong. Ironically, Kong was already starring in his own Konami title that was released exclusively in Japan. Even more ironically, they both ended up in the same crossover game Konami Wai Wai World along with Mikey from The Goonies and Moai! Wai Wai was a beyond bizarre fan service that I will definately dive into one day. 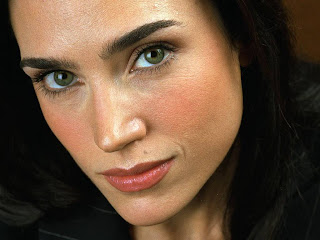 No exaggeration down below. One thousand of THESE.

Onto the legendary status of the game, the challenge. Is Castlevania really as hard as people claim it is? Allow me to put it in as simple a way as possible. You could lock me in an large warehouse that is fully stocked with one thousand Jennifer Connelly clones, all stark naked and vigorously making out with each other and this game is STILL harder than I would EVER be. This cart may as well have been enclosed inside the cover of the fucking Necronomicon. One section of stage five in particular stands out with a combination of Axe Knights and Medusa Heads that would've even made Gandhi lose his shit. If the Grim Reaper doesn't make you become the second coming of Sam Kinison, Dracula himself is going to make you create strings of curse words that sound like a Twista rap. The Count waits passively at the top of his tower, presumably drinking coffee and calmly checking his Twitter while sending his minions after Simon. After his first form is defeated and his noggin shoots towards the stars like Babe Ruth knocked it off, he becomes a mix of the Wampa from Star Wars with an albino bat on PCP and if you're not chucking the boomerang with the triple shot, put the controller down and fix a drink, you're fucked. 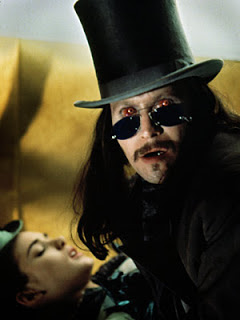 "NOW he makes it to the top? Cockblocking pantsless sack of shit!!!"

THE FINAL VERDICT
10/10 An 8-bit orgasm of massive proportions. I honestly busted my ass to find a flaw in this game and all I have is the unforgiving difficulty, which was par for the course in ye olde days. "NES Hard" isn't a myth as Castlevania was one of those titles that turned boys into men and girls into women. Graphics that pushed the limits of the hardware, music that haunts to this very day, and a challenge that is among the greatest out there have earned it the rare full monty. Now if you'll excuse me, I need to go hand the Captain N Simon Belmont a towel... 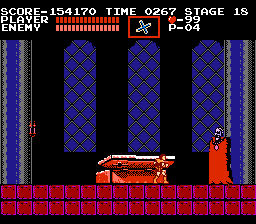 One minute he is Dracula and the next... 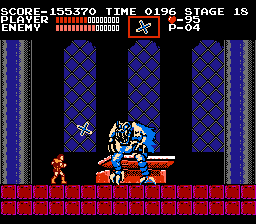